You are here: Home > What We Do > System Leadership > Specialist Leaders of Education (SLE) > Hilary Thompson

When I began teaching I worked in East London, where I taught in several large schools with upwards of 300 pupils. It was in this environment that I first became interested in the mentoring of newly qualified and aspiring teachers. Since moving to the North East, I have had the privilege to work in several smaller rural schools including Castleton CP School where I worked for 7 years as the Key stage 2 teacher. When Castleton and Glaisdale schools federated, I became the teacher in charge. In2015 I became the head teacher at St Heddas R.C. Primary School in Egton Bridge.

I have supported several NQTs through their first year of teaching ensuring that all successfully completed the year with the necessary documentation in place assisting schools where other pressures were present. This was addressed through a combination of coaching and mentoring sessions and with the schools overall goals in mind.

Looking at the element of Quality Fist Teaching, has been a focus for several schools and how planning reflects this in classroom practice. Undertaking observations, joint moderation, book scrutiny and marking and feedback, are common themes running through much of the work I have undertaken. Systems that have been put into place have led to pupils, teachers and schools making good progress which is supported by their data. 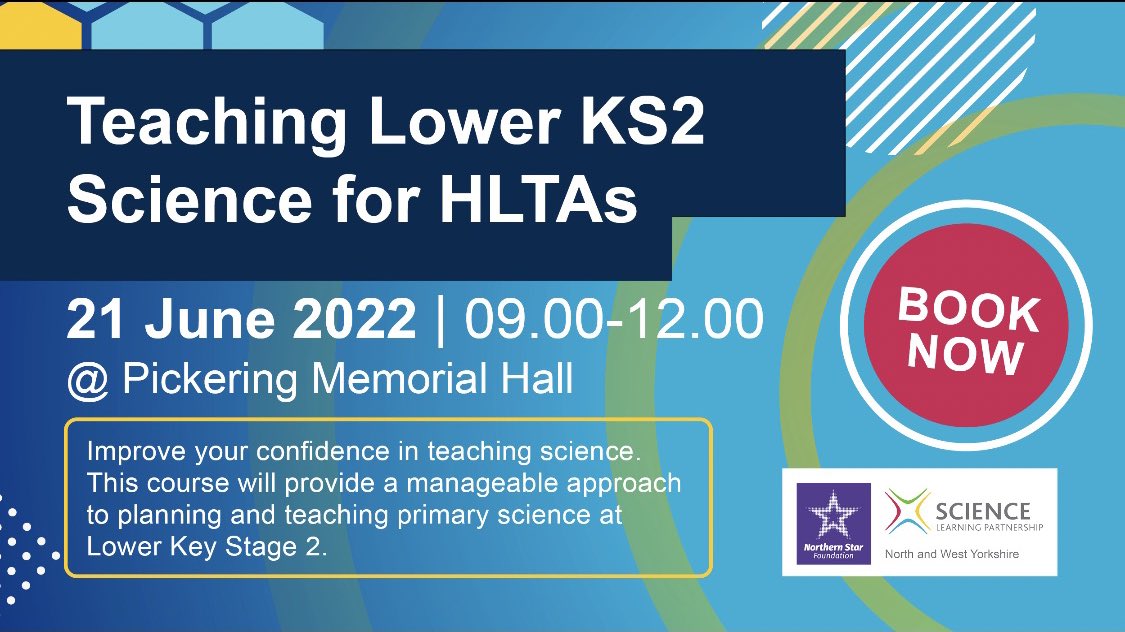 Yesterday we had our fantastic workshop with Hester Binge @STEMLearningUK. Inspiring and informative! If you didn’t get chance to book onto yesterdays course, or KS2 is your area we have our upcoming course on the 23rd June. Follow the link to book @CoastOA @STEMLearningUK https://t.co/IhI7nMTGF5

For those colleagues who are interested in taking on a new challenge, have a look at this opportunity to become a TA Team Leader ... https://t.co/dm3ZNVkP8n

Secondary schools and post-16 settings can access a range of educational interventions for FREE or at a subsidised rate through the Accelerator Fund. Find out more with this @EducEndowFoundn webinar on Wednesday 27th April, 4-5pm. Sign up now: https://t.co/FQh2HxmaKy

I’ve been messaged by an senior leader in a small school who is looking to connect with other small school leaders so she can seek advice on roles and time management. Would there be anyone willing to connect to create a little network of support?